This week has been wall-to-wall interest rate decisions. So far, we have had decisions from The US Federal Reserve, the Central Bank of the Philippines, The Bank of Indonesia, The Swiss National Bank, and The Norges Bank.

Although already passed, it would be imprudent to not gloss over perhaps the most important decision, from what Bloomberg referred to as the Reserve Bank of the World, the US Federal Reserve.

On Wednesday (US time), the Federal Open Market Committee (FOMC) confirmed what the market was expecting; namely, the Federal Reserve would double the pace of its bond-buying taper, scheduling its completion for March of 2022. The one unexpected point in its announcement was its greater embrace of rate hikes, which it now thinks will occur thrice in 2022.

It will be interesting to see how the FOMC’s decision might be reflected in, or outright influence, the decision of other central banks, due for announcements this Thursday/Friday. There will be plenty of opportunities to analyse this, with six major central banks releasing their respective decisions on Friday.

The Central Bank of Turkey

The Turkish Lira is trading at an all-time low against the USD low (14.80 Lira per USD) as the TCMB implements an unorthodox monetary policy. The TCMB, under the influence of the Turkish president Tayyip Erdoğan, has been forced to cut interest rates while inflation in the country is running at 21%. In response, the Lira has depreciated 49% YTD.

The TCMB is expected to continue its unorthodox policy and another 100 basis point cut in its rate to 14%. Consequently, the Lira may slide past 15 Lira per USD, at least according to a majority of options traders. 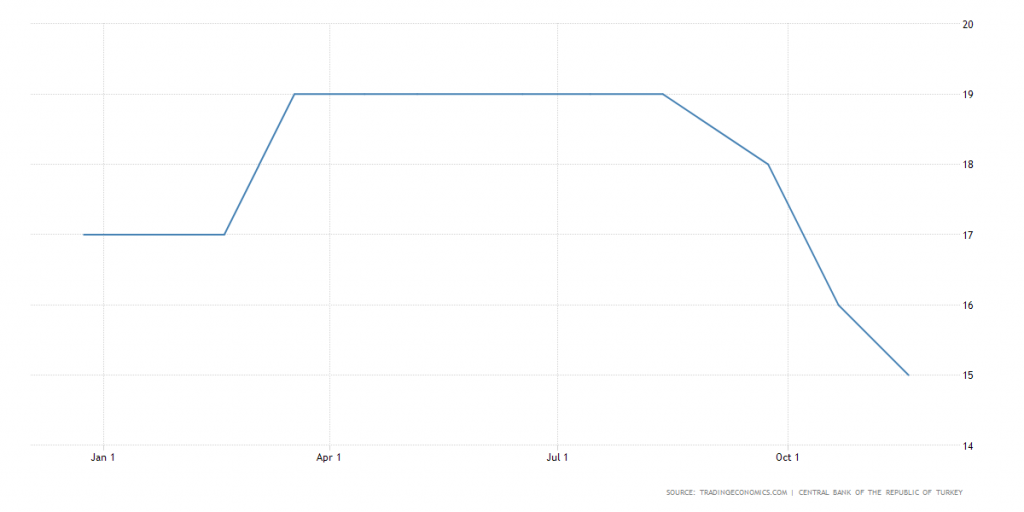 The Bank of England

Much has been written about the BoE’s imminent interest rate decision, including here at BlackBull Markets.

Volatility could manifest in the GBP as half the market is expecting a rate hike, opening the possibility that some traders could be caught on the wrong side of a trade. This can manifest regardless of the decision taken by the BoE. The Bank’s hawkishness is under suspicion in the face of growing Omicron variant cases in the country. 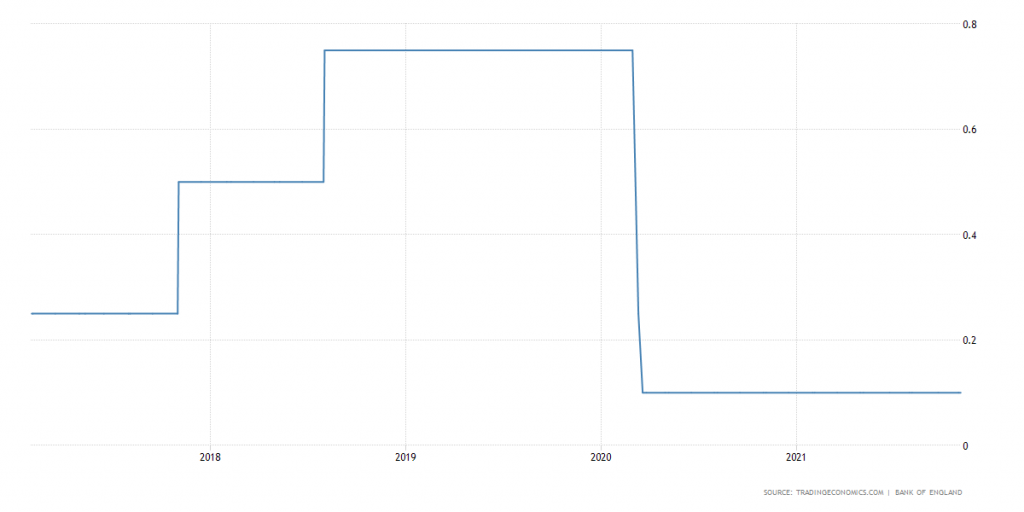 The Central Bank of Mexico

The Mexican Peso strengthened after the US Federal Reserve’s interest rate/ tapering decision on Wednesday, appreciating by more than a per cent in the proceeding hours.

The expectation for the BdeM is for a rate hike of 25 basis points. If it eventuates, it will constitute its fifth straight hike of this magnitude and bring the country’s benchmark rate to 5.25%.

Uncertainty regarding the direction the BdeM comes with its leadership change at the end of 2021. Although she does not control the reins of the Bank as yet, the new Governor, Victoria Rodriguez, is anticipated to take a relatively dovish stance in contrast to the outgoing Governor. 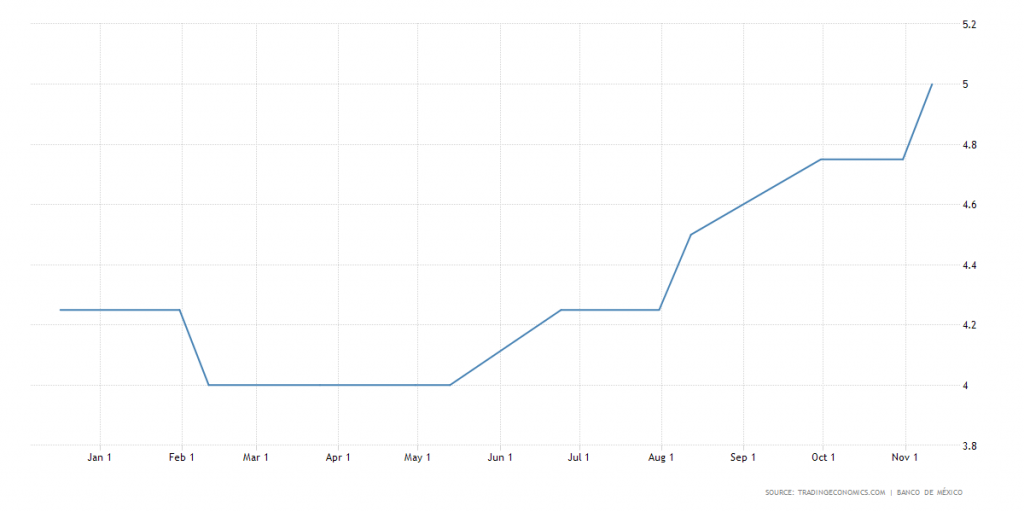