How will Meta monetize the Metaverse?

What do we know about the Metaverse?

The Metaverse is a concept (for now). A concept that has motivated Facebook to change its branding to Meta and begin developing the infrastructure of a meta-universe. The drastic pivot that Facebook is attempting to pull off, the Company hopes, will put it at the forefront of the internet’s “next frontier”, just as it was a decade and a half ago when Social Media platforms were maturing.

Facebook/Meta CEO Mark Zuckerberg has called the Metaverse an “embodied internet … where with just a pair of glasses, you will be able to step beyond the physical world… beyond the limits of distance and physics” and engage in rich people-centred experiences.

A simulation of the Metaverse that Zuckerberg demonstrated last week showcased the potential of the platform. In the demo, a group of avatars met in a virtual room, played a hand of poker before being dazzled by a room-sized 3D artwork sent and paid for by A friend of Zuckerberg exploring New York (in real life).

For all the altruistic CEO-speak regarding the Company’s mission to “Bring people together”, Facebook/ Meta will still have to monetize the Metaverse experience. Conquering the next frontier may have to coincide with a new method for generating revenue for the Company.

How will Meta monetize the Metaverse?

A legitimate question that exists is; how will Meta monetize the Metaverse? A model based on highly targeted advertising is what has worked for Facebook in the past. Facebook has reported US $54 billion in revenue so far in 2021, setting the Company on a path for another record year. In contrast, Facebook has booked a comparably paltry US $1.2 billion in revenue in the same time frame from its non-advertising revenue streams, such as the sale of Oculus headsets. 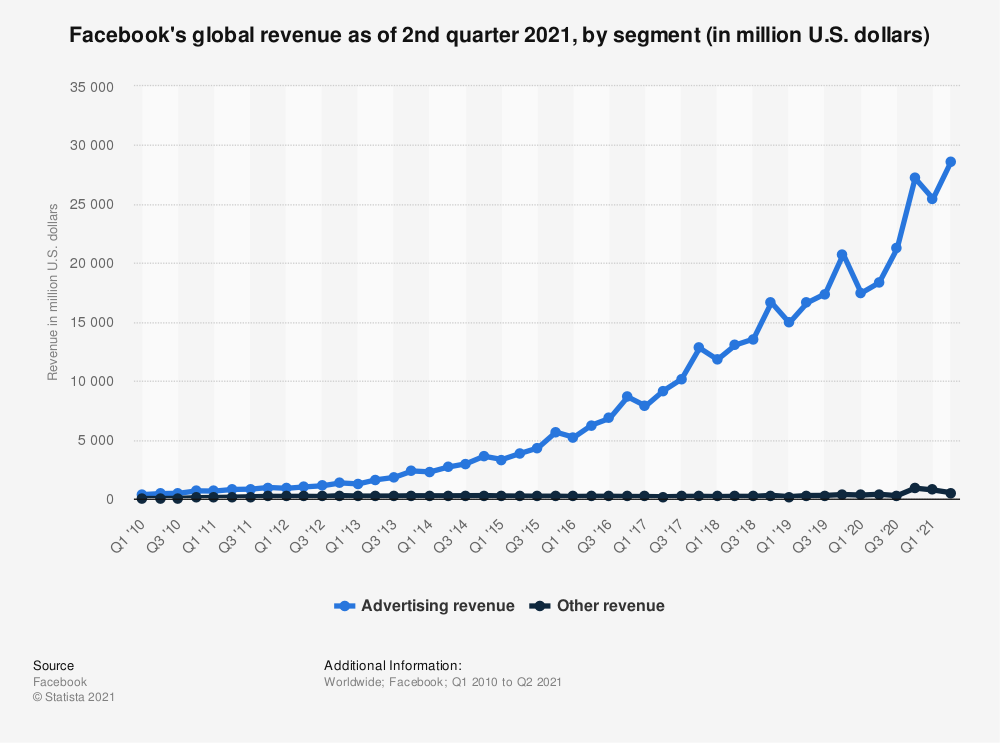 Zuckerberg has maintained that Facebook would always remain free to use. Fortunately, the Metaverse is not yet hamstrung to such a proclamation. Meta should be exposed to more revenue-generating opportunities including, subscription models, hardware sales, ticketing, skins, gaming and pay-to-play models, and SaaS. It might be fair to say there will be a universe of options for Meta to explore.

That’s not to say that Ads can’t be integrated with a metaverse, slotted tidily within the virtual landscape. Meta may even generate a more accurate understanding of their customer base through their metaverse experiences, boosting demand for its ads services as ads become hyper-targeted.